There's not really a whole lot that can be said about the power Rangers that a lot of 90's kids already don't know. For those that are unfamiliar with the Power Rangers, though? It was a hit television series from Saban Entertainment that was predominately on the Fox Network from around 1993 all the way to today, where Saban Entertainment still produces episodes of the hit television series still.

Of course, the episodes being produced today aren't anywhere near as popular as the first incarnation of the show "Mighty Morphin Power Rangers" which used footage from various Japanese "Super Sentai" styled shows all spliced together from locally produced footage to create the series. Meaning that the Power Rangers that we saw fighting on the television screen weren't the actors that were being portrayed.

That didn't stop the Power Rangers from becoming a franchise Juggernaut though for kids who wanted all the cool toys. 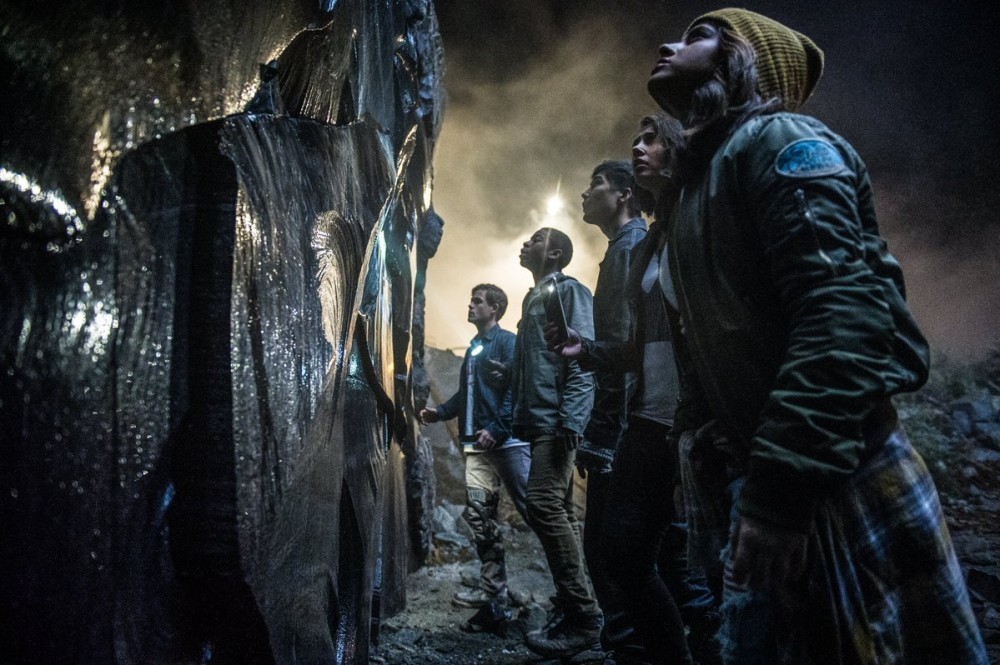 The American version of the series that most people are familiar with took place in the fictional town of Angel Grove, California, which was presumed to be for the most part a suburban area outside of the Los Angeles city and where most of the non-Power Rangers scenery took place. Filming for Angel Grove during the television series, however, was never centralized into one location, and was generally done using various different footage of suburban areas of the greater California landscape, all mashed into one. During the fighting and action sequences of each episode, though, the city skyline that's seen is generally a fictionalized version of a Japanese city, most notably Tokyo or surrounding area's due in large part to the myriad f familiar looking skyscrapers that can be seen.

Fortunately, though, the remake of the Mighty Morphin Power Rangers that's slated to be released early 2017 eschews a lot of the production qualities of the original television series it's based on. For starters, the 2017 Movie will not be using stock footage of cities or any footage found throughout in any "Super Sentai" series on which it's based on. Principal filming locations for the Power Rangers movie was done primarily in Vancouver, British Columbia for most of the major scenes in the movie. Including scenes, that take place in the city itself. The reason why the location was chosen was due to several financial decisions, but mostly also due to the fact that Vancouver has a modern skyline that mimics a Californian City Skyline. Additional scenes that were filmed were primarily done on various different sets throughout California and specific locations, though the bulk of the filming was done in Vancouver and the surrounding areas.

Filming, of course, started in February of 2016 and was completed fully on May 28th, 2016 of the same year, where the film then was shipped to pre-production, with additional footage being shot where needed.

As of right now the projected release date for the Power Rangers film is set to be March of 2017.