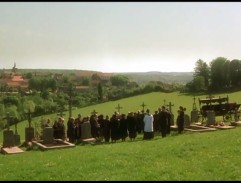 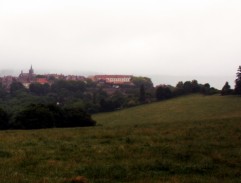 What's going on in movie:

Flavigny-sur-Ozerain is famous for its Benedictine abbey, founded in the 8th century. It is Flavigny-sur-Ozerain known as the place where, according to ancient recipe produced aniseed sweets of various flavors (brand Anis de Flavigny). The town is also worth a mansion Marquis de Souhei, built in 1700, which is now used by Benedictine monks of the Abbey of Saint-Joseph de Clairval. The town and its surroundings is also important in the Roman Empire. In 52 AD, before On a nearby hill Mont Auxois Julius Caesar defeated Gallic chieftain Vercingetorix.